Banachek Lecture and An Audience with "The Illusionists"

Banachek lecture: I was really looking forward to see Steve Banachek at this years convention but after his performance in the Cirque Du Magie I was very disappointed. Would I like to see him perform live again, I'm not so sure, Would I buy his DVDs? (Again) Yes I probably would, I think he has a great knowledge of magic, so he knows what he's talking about.

Geoff Hunt Reviews An Audience with "The Illusionists": 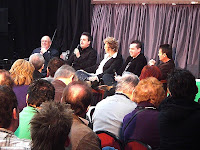 Hank Morehouse was the compare and quiz master, the introductions were left a lot to be desired. Sitting near the front as one does, the microphones were very muffled with too much bass difficult to hear at times.

The illusionists discussed their first illusion and how they got into magic. A short film clip of Franz achievements. How they all saw magic evolving in the future.

Rafeal destroyed a floating table in his explanation of copying and intellectual property.A lengthy talk developed into the size of magic acts of shows in the future. A great deal of laughter was generated when one of the illusionist suggested size didn't mater. Was he trying to tell us something, an hours great entertainment. 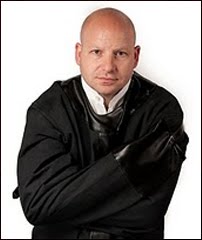 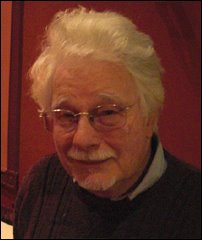 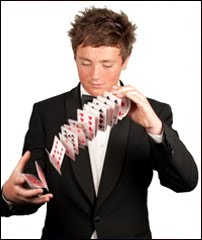